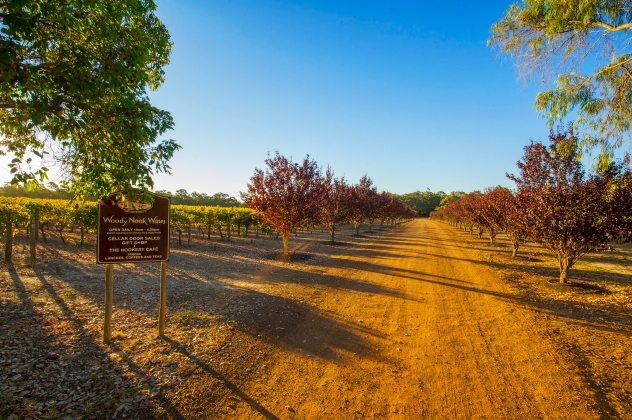 I like quiet achievers. People who do their thing with excellence without making too much fuss about it…

You may not have heard of Woody Nook? They are a down to earth bunch, making wine in Margaret River since 1982. They produce a relatively modest 7,500 dozen bottles a year from their base in Wilyabrup.

Everybody wears a few hats in the vineyard, in the winery and in the business. Critics and wine show judges know about them though- they’ve collected over 300 awards including 11 trophies.

This is a powerful, bristling cabernet with a dense and inky texture. Lovers of big, traditional Aussie reds will be satisfied as it ticks all the cabernet boxes. Chief Winemaker Neil Gallagher told me that he knew this was a beauty, once the wine had a little barrel age. The Woody Nook flagship drinks well now but will undoubtedly improve in the next 5-25 years.

The 2014 is now also on release. Neil told me that they picked a bit later in season making for a riper style. The difference in vintage is clear in the glass. The 2014 is silkier and smoother in style, making it more approachable early in life. I don’t know if they entered this in London but it’s a nose ahead of the 2013. Top stuff!

Both wines are available at  www.woodynook.com.au  or at the cellar door.

For more Wine Reviews read and follow www.greatwineblog.com  Drink and be merry!