Margaret River Chardonnay had a spectacular entry to the world stage when Leeuwin Estate Art Series won the prize for best Chardonnay in the world at the Decanter International Wine competition in 1982 for their first vintage.

Today Chardonnay is the white varietal for which the region is best known. The style of Chardonnay being made now is also radically different than from times past. We speak to four of the region’s leading winemakers about Chardonnay in Margaret River.

Clive Otto Winemaker from Fraser Gallop thinks that now is a great time for Chardonnay in the region. “It’s taken winemakers a few years to know what to do with it! My philosophy is “hands off”. The artifice is at a minimum.”

“The Parterre Chardonnay is not a high solids style. There is no malo so it is not buttery or caramelised,” says Clive “I’m looking for fresh fruit vibrancy where the oak is integrated through using lower toast and larger format barrels. The oak impact is not as strong.”

“The Estate Chardonnay is made from the same fruit. The free run juice goes to Parterre. The pressed juice to the Estate. The Estate sees even less time in oak barrels. It’s almost Chablis like.”

Margaret River Chardonnay is distinctive. Clive feels the biggest reason for this is the Gingin clone which is predominant in the region.

“Across a lot of Australia, French clones are used but we pulled ours out as we prefer the Gingin. It holds acidity better in a warmer region. It has more concentration. If picked earlier it has flavours of citrus and pear.”

Australian Chardonnay was a juggernaut in the 1990s introducing millions of customers in the UK and US to table wines. The Chardonnays were nicknamed ‘sunshine in a bottle’. Tastes changed and consumers reacted against heavily oaked white wines. 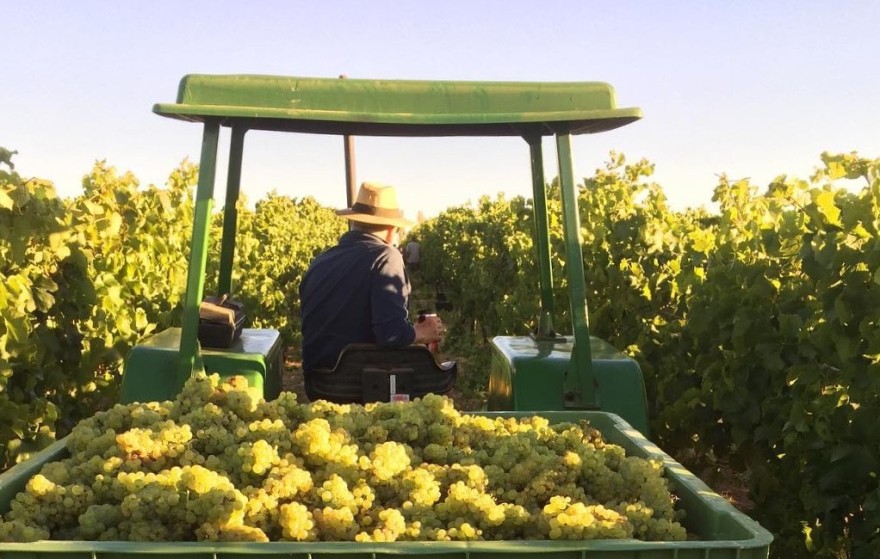 I asked Clive if some consumers are still afraid of Chardonnay.

“Those old oak Chardonnays are very hard to find. There are fewer and fewer people making them. The region’s Chardonnays are much more fruit driven and fresher. The oak has been pulled back.”

Look out for the super-premium Fraser Gallop Palladian Chardonnay which will be released later this year. This will become their top shelf Chardonnay offering. Clive has been planning it for years by earmarking the best sections of the vineyard.