You’d think that all wine is vegan friendly right? Wine is fermented grape juice after all.

However the process of clarifying wine to remove the natural cloudiness that occurs during fermentation is known as fining and has traditionally used animal derived products. These work to either bind or absorb the cloudy molecules before their removal.

These are not considered additives to the wine as most are removed from the finished product however you’ll typically see a disclaimer on the back label “May contain traces of egg white or fish products.”

A wine will clarify naturally if given time to settle and it’s is not uncommon on many premium bottles to see a note to the effect “The wine is unfined and unfiltered”. These wines are vegan friendly. There are also vegan wines where winemakers have used non-animal derived fining agents such as limestone, clay and silica gel to clarify the wine. 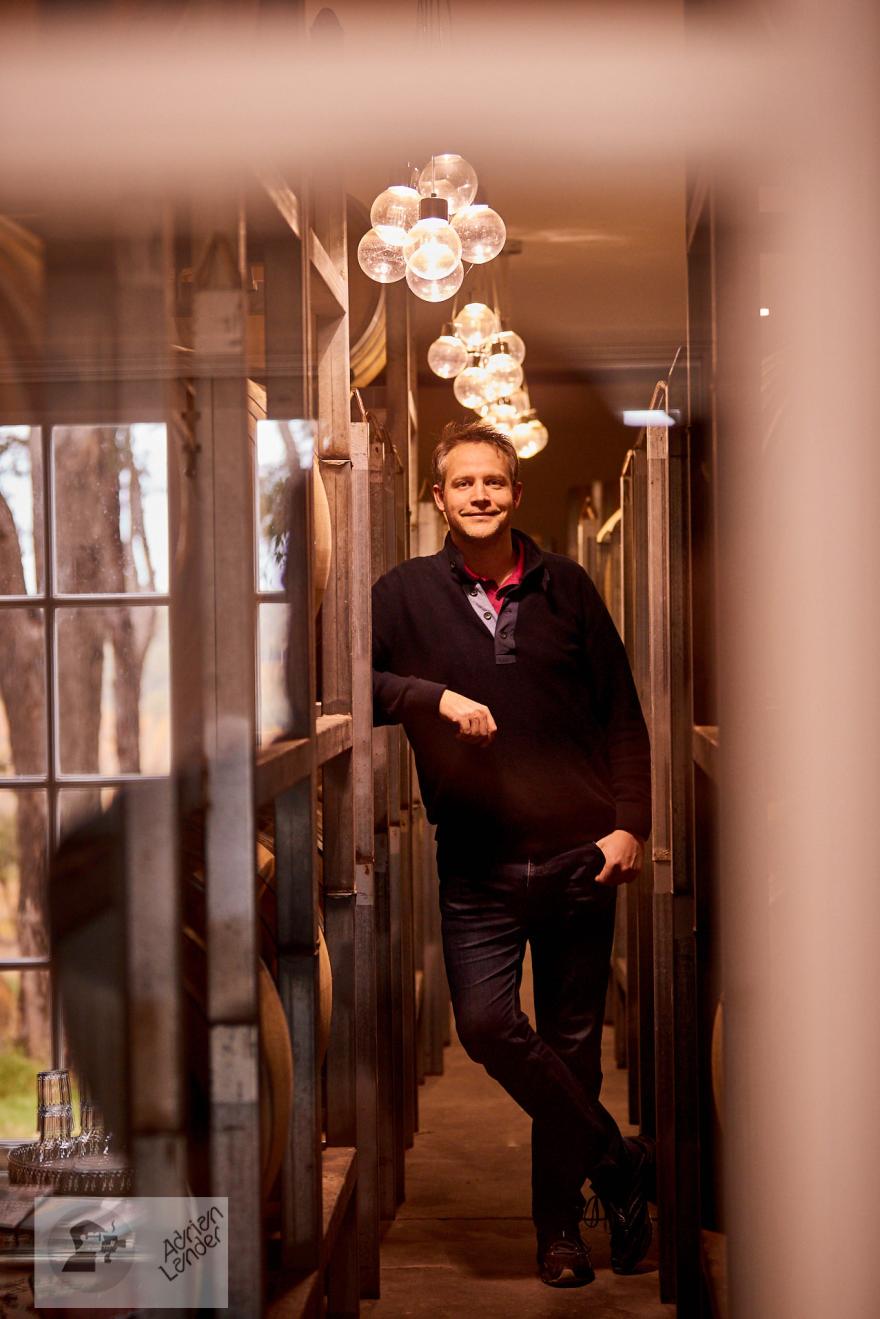 Woodland Wines is one of the region’s longest established wineries with plantings going all the way back to 1973. It is now run by the second generation; brothers Andrew and Stuart Watson. All of their wines are vegan.

“Actually it wasn’t our plan to make ‘vegan wines’,” Andrew remarks. “Our intention is to take the purest picture of our vineyards as we can. We use a sorting table after destemming to sort berry by berry – removing anything other than grapes – so we don’t need fining agents to ‘finesse’ our reds. And when we found a vegan solution for fining our heavy pressings in the chardonnay, we went for it!”

“However when you put the work into the vineyard the wine has more finesse in the first place. I do know though that when I drink a wine that is vegan I’m drinking a clearer picture of the vintage and vine.”

I asked Andrew if it’s harder to make vegan wine. “It’s more work at the start, but less work after that!” he says. “Pick great clean fruit, sort it, don’t over extract it, and there’s no need to fine it.”

Should all wines be vegan? “No I don’t think so, there are so many different ways of making wine all over the world- I would never presume to dictate methods. It’s the choice of the maker, and the choice of the consumer. I think labelling vegan wines as such is a great idea though.”