“I always liked drinking the stuff,” says Richard Drake Brockman on why he opened a winery. “My wife was brought up on the land. She was looking for a rural pursuit. The only thing that interested me to do in the country was to make wine!”

“You have to be completely mad to do what we did because wine making is a pretty ordinary business!” jokes Richard reflecting on the fact that running a small winery is not for the faint hearted.

But that’s exactly what Richard and wife Roslyn did when they established a vineyard in 1992 in the Karridale sub region of Margaret River.

I asked Richard what the biggest lesson he has learnt along the way.

“No challenge is too great to eventually overcome though at first it might appear so!” He laughs. “There are the challenges of running a vineyard, a winery and restaurant. That’s agriculture. You are at the mercy of the weather. But there’s always a way even in the coldest, wettest summers.”

Hamelin Bay have won multiple awards at wine shows. Recently Hamelin Bay’s Rampant Red 2015 took out a trophy and gold at the Langton’s Margaret River Wine Show. The wine is a blend of Shiraz, Cabernet and Malbec and sells for just $17. “It’s a smart wine. The whole vintage was good,” says Richard.

There is also a Rampant White which is a blend of Semillon, Sauvignon Blanc and Chardonnay. Both wines feature a large heraldic wyvern or dragon on the label which is the family coat of arms and accounts for the rampancy!

Richard particularly recommends their Semillon Sauvignon Blanc which he considers the classic Margaret River white and their Chardonnay for which they have won the most trophies. They make a reserve Cabernet, Shiraz and Chardonnay in the best years. 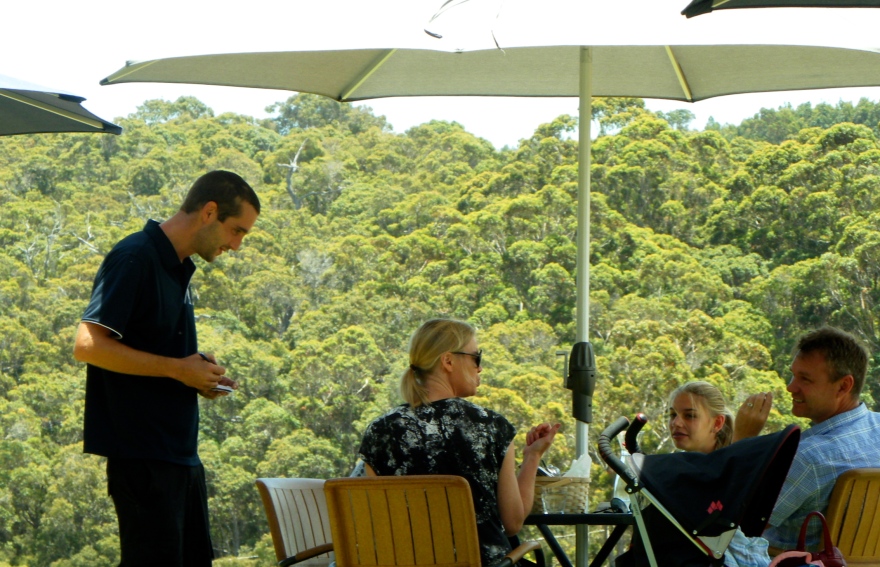 The Restaurant has been another key to the winery’s success. Richard describes the new menu as “upmarket pub food” such as share plates, platters of local produce, local fish & chips, strip loin steak and house special ice cream sandwiches.

The emphasis is on creating a welcoming relaxed environment. You can now also get a beer at the restaurant.

“It’s a relaxed venue where you can sit out on the deck and enjoy sweeping views of the vineyard and the valley below.”