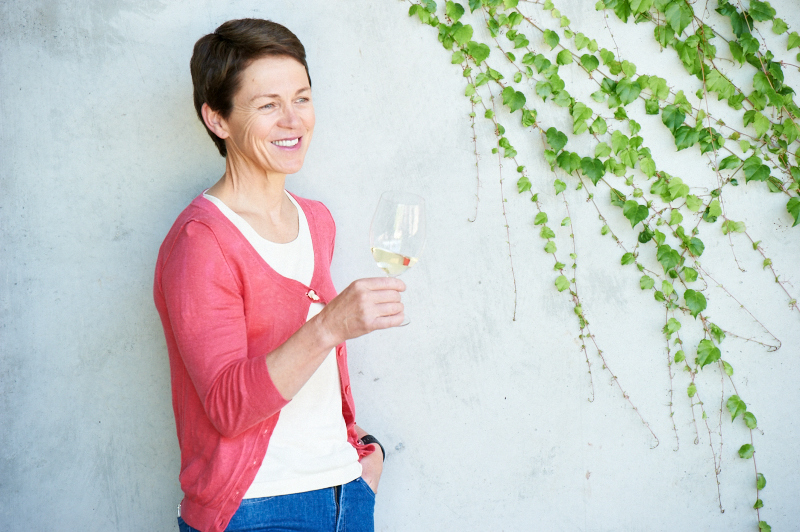 The Howard Park team are extremely proud that their Chief Winemaker, Janice McDonald, has taken out Gourmet Traveller Wine Magazine’s Winemaker of the Year award for 2018.

“It’s a great recognition of a lifetime’s work,” says Janice “and a great acknowledgement of a team effort and what we are doing at Burch Family Wines.”

“Before wine I was always fascinated by food, smell, texture and flavour,” she says. “Wine was an extension of that. Every bottle of wine had a story to it. Where it came from, the people who made it. Each was unique. Then I learnt you can study and have a degree in this thing! Other things I tried academically didn’t have that applied character. It suits me. I’m interested in science but it is also hands on. I like the creative side of winemaking. I like the marketing and business side also where you are talking about wine. It’s a really complete role.”

After a stint at Vasse Felix earlier in her career, Janice joined Australia’s first craft brewer Matilda Bay. “I was young. It was too good an idea to pass by!” Janice says.

Matilda Bay founder Phil sexton had just returned from the UK where where the craft beer scene was taking off.  They were exciting times for the young winemaker immersing herself in brewing and working out of Freemantle during the Americas Cup. She returned to wine with Devils Lair. Janice later co-founded Stella Bella Wines before joining Howard Park in 2011.

Janice McDonald has been Chief Winemaker at Howard Park since then, overseeing multiple wine brands across four vineyards in two wine growing regions – Margaret River and the Great Southern.

The sheer quality and breath of the offering is one of the most noteworthy aspects of Janice’s work at Howard Park.

There is the MadFish label which operates at the value end of the market.

The Howard Park Miamup and Flint Rock labels really over deliver for around $25. Standouts from the current range include the Miamup Cabernet 2016 and Flint Rock Chardonnay 2017 and Shiraz 2016.

The Leston (Margaret River) and Scotsdale (Great Southern) Cabernet and Shiraz 2016 wines step up in quality from there. They are outstanding and age worthy with a long cellaring life. Howard Park Chardonnay 2017 and Sauvignon Blanc 2017 showcase Janice’s approach to making wine. They are highly drinkable but also complex and interesting.

Juggling vintages in two different wine regions 4-hours apart, handling an extensive range of wines and brands and crafting varieties that were completely new to her, such as Riesling and Pinot Noir, would destroy a less capable person!

Marketing Director Amy Burch acknowledges this. “It is a huge validation of the work she has done at Howard Park. From taking on two quite different wine regions, running a team of staff around the clock during prolonged vintages – she is tireless.”

“Making wine over many quality levels keeps you grounded,” Janice says “I’m mindful that making the top level wines is in some ways the easiest part of it. I think about people at a dinner party and the need to be able to make good quality wine at each price point. So whatever level of Howard Park wine you have you’ll get a good drink!”

From the summer edition of Your Margaret River Region Magazine