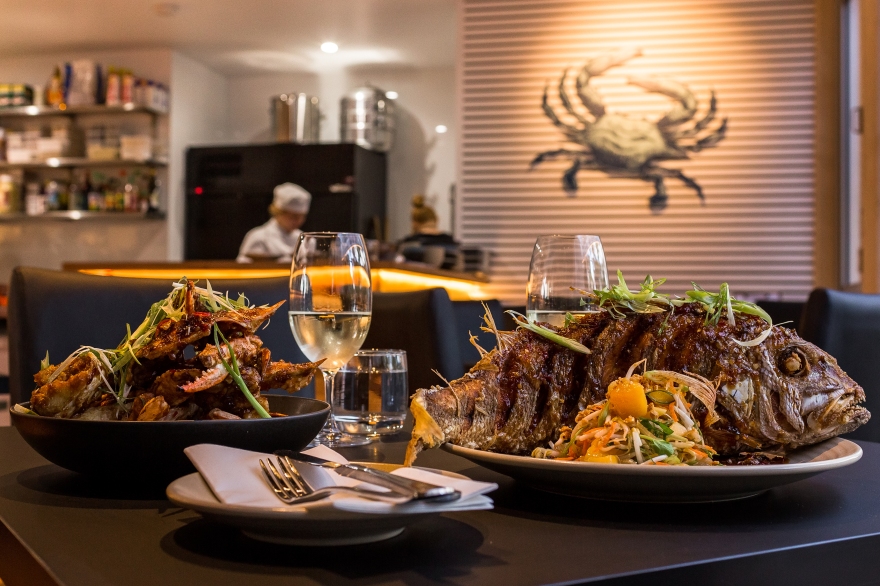 Chef Coby Cockburn grew up in Port Douglas catching, cooking and eating lots of fresh seafood. The inspiration for Blue Manna Bistro is to share his passion and showcase the freshest Seafood available.

Wife Lena notes that “All our seafood is locally sourced, all our fish line caught and filleted by our chefs in the restaurant.” 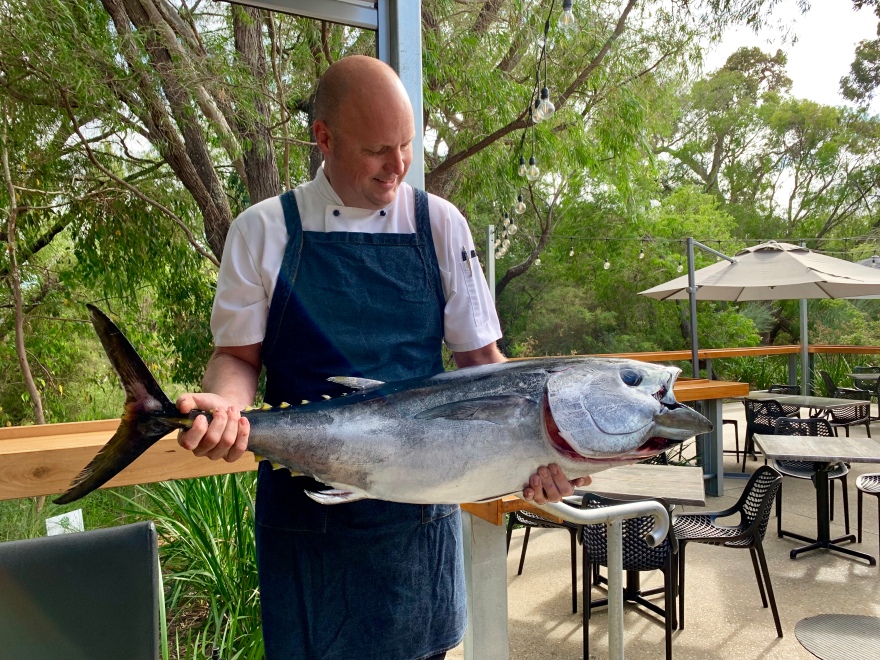 Port Douglas, in far North Queensland was one of Asia’s favourite holiday destinations. The Asian influence was strong and Coby enjoyed cooking and experimenting with lots of spices and fresh produce. Coby has brought this outlook to Blue Manna in Margaret River.

What’s Lena’s take on food and wine matching? “You do not want big flavoured wines,” Lena says. “You want lighter Rieslings and Pinots, something that has a bit of extra sweetness to it. The sourness of the Riesling goes very well with the spiciness’ off the Asian flavours.

“My favourite at the moment would be the Korean spicy Sashimi Salad (Hwe Dap Bap), chilled Ora King Salmon, Geraldton Kingfish and Yellowfin Tuna with the Hahndorf Hill Gruner Veltliner and the Balinese Betutu Duck with Asian Vegetables, paired with Rosily Chardonnay.”

The aim is to deliver traditional Chinese/Malay cuisine with a modern twist. I asked him for his do’s and don’ts on wine and food matching:

“When I first opened Chow’s Table I thought that my food would cater towards the white varietals,” Mal says. “I thought the dry rieslings, chardonnay, bubbles, chenins would complement my food well. Malay / Chinese food have spice, fattiness and in some dishes sourness,” he says.

“So it definitely tends to lean on the whites. However I have come to realise that I actually sell more red varietals. Customers drink reds like shiraz, malbec, petit verdot with my curries and roast duck.”

“I would like to tell you the do and don’ts but at the end of the day it is what the customer likes and wants. You can recommend a wine to them but essentially it is what they feel like drinking on that day.” 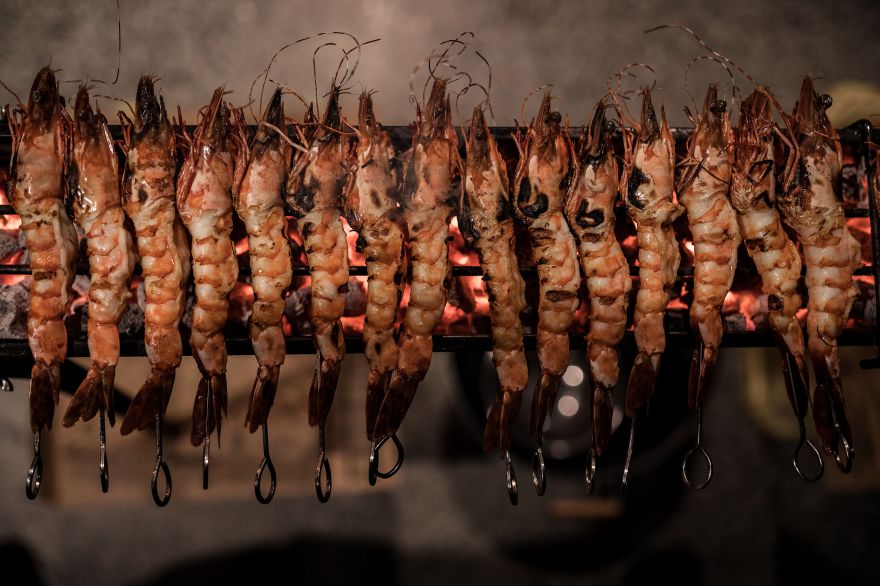 Some of his favourite food and wine pairings include:

He has seen the evolution of food in the region. “Five years ago it was difficult to get a lot of good produce down here. But with new restaurants now there are definitely more options when it comes to fruit, veg and protein.”

“There are many artisanal producers for example black truffles and marron from Manjimup, ducks and chickens from Wagin, mushrooms from Narrogin. Those products are second to none!”

Yum Cha fans take note that they have just launched Yum Cha on the first Sunday of every month including yum cha favourites, a couple of surprises and new dishes.