Vineyard 28 specialises in varietals such as Arneis, Dolcetto and Nebbiolo, which originate from the Piedmont region of North West Italy. 80% of their production is now dedicated to Italian varieties.

Pippa and her husband Mark first tasted these varietals 20 years ago on a visit to Happs Winery in Margaret River. 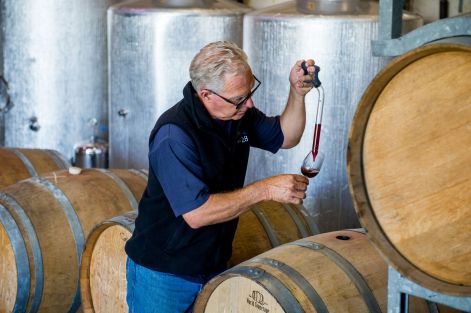 Pippa and Mark, who is the Winemaker, run the cellar door. She is a keen quilt maker and their cellar door, which is open daily, also features the work of other local artists and artisans from the Harvey region of Geographe. 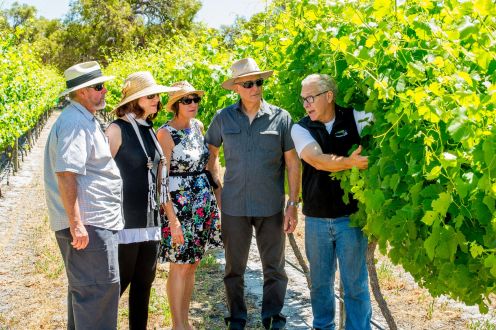 Winery Tours and Vineyard walks are available by appointment. Prices quoted below are for single bottles. Discounts apply for case buys. 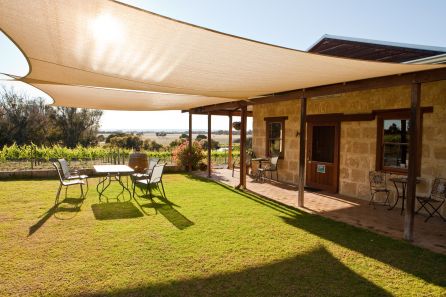 Made to be served chilled Vineyard 28’s Dolcetto is a light, bodied sweet red with a black cherry flavour. In Piedmont wines made from the Dolcetto grape tend to be light and savoury with a bit of tannin. This brought to mind more a lighter version of sparkling Shiraz. It’s a pleasing easy drinker for a warm summer night. You could try as an alternative to Ros­é.

This is a crisp dry white wine with a hint of florals and nut on the finish. Arneis is an expensive wine in Piedmont but this is keenly priced. This has a real texture to it. I wrote down “quaffable” which it is, but it’s actually better than that. Well made, it’s a lovely wine.

Nebbiolo is a notoriously tricky wine to make. At it’s best in Barolo it’s known as the “king of wines and the wine of kings” and is considered on a par with great Bordeaux and Burgundy. Vineyard 28 have made a really authentic Neb from the brick red colour through to the tar and roses flavours. A great opportunity to try a classic varietal of the wine world.

This is a modified excerpt from an article in the autumn/winter edition of Found magazine.